The most felt failure of modernization which is a direct result of the era of globalization is in the economic field. Modern capitalism which although finally able to prove its superiority from socialism, in fact, has given birth to various problems, especially for third world countries (including Muslim countries) which tend to be objects rather than subject to capitalism. Associated with the failure of Western capitalism in these Muslim countries, the realization that the roots of capitalism are not from Islam, then arouse the desire to reconstruct economic systems that are considered "authentic" derived from Islam. Moreover, history shows that economic thought has also been carried out by Islamic scholars, even long before Adam Smith wrote his monumental book The Wealth of Nations. In a very general sense, it can be said that the capitalist world is already very familiar with the teachings of Islam and its leaders. These conditions get the legitimacy of the verses of the Qur'an in collecting assets from a maximum effort. With so many verses of the Koran that teach the right way of business and wrong business practices even regarding very small matters, basically the position of business and commerce in Islamic civilization is very important. 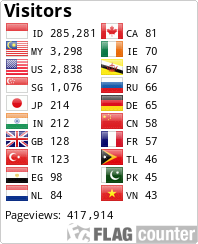